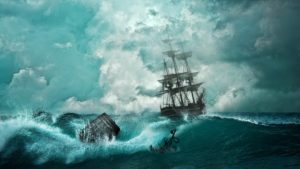 What a year this has been. It was certainly a memorable one and one that has changed not only the fabric of our society, but each individual in its own way. When I reflect on the whirlwind that began just before Spring Break, I am in awe of the resiliency of teachers, students and parents as they each adjusted to navigate through unfamiliar territory. What I hope for, is that this has created change, permanent change that will positively affect the way we move forward.  The uncomfortable and alien situations all of us were forced into has created growth and perhaps a realization that we are stronger than we believed and that we could take on and face more challenges than we thought possible. In a world where perfection is often quested for, we learnt to fail, again and again. We learnt how to be vulnerable as we took on new roles, new technology and new ways of teaching; some of which were successful and many that were not. We tried and learnt new ways of doing things, we collaborated, we leaned on each other and we built community in new ways that we had not envisioned before.

I am excited for the future, for what the fall will bring; excited to try out new ways of teaching and learning and to have the summer to reflect, learn and build.

It is not the critic who counts; not… [those] who point out how the strong… stumble, or where the doer of deeds could have done them better. The credit belongs to…[ those] who are actually in the arena, whose face is marred by dust and sweat and blood; who strives valiantly; . . . who at best knows in the end the triumph of high achievement, and who at worst, if… [they] fail, at least fail while daring greatly.