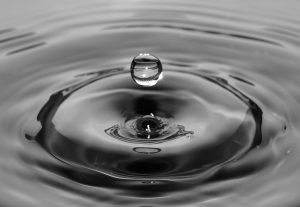 My last post discussed best practices for teaching in the 21st century with a focus on the necessity of including technology. It seems natural that this would be followed with a now what?  And, yes that is exactly what this post hopes to accomplish. Now what?

Integrating technology is not easy. In fact, it can be quite difficult, especially if you do not have a lot of tech know how and limited amounts of time and resources. Clearly, this is an area that I have some knowledge of, but in reality, it is a small drip. The kind that clings to the other few water molecules that are still holding firmly to the tap in an attempt to save itself from falling into the depths of the technology pool below, for who knows what lurks beneath the surface.

Well, I’ve fallen in, willingly, and am now faced with the incredible amount of technology options available. Fortunately, there are some models that may be used as navigational guides for technology integration. Two of these models are  SAMR (Substitution, Augmentation, Modification and Redefinition) and TPACK (Technological Pedagogical Content Knowledge). After reading through a few papers, and doing a little googling, these are my thoughts on these two models.

The SAMR framework consists of four stages of integration. According to, Romrell, Kidder and Wood ( 2014),  “ the SAMR Model consists of the following four classifications of technology use for learning activities”:

Hamilton et al. (2016 ) and Romrell et al ( 2014) both give examples for each stage of the model and illustrate them as a hierarchy with the modification and redefinition models sitting at the top of the model.  Romrell et al (2014)looked at SAMR and how it could be used to complement/guide mLearning (mobile learning). The authors clearly illustrated ideas for including mLearning across the four levels in the following chart they included as part of their discussion.

The SAMR method seems well structured and clearly defined with the ultimate goal of incorporating technology within the top two levels as often as possible ( Redefinition and Modification). When reading this paper, I felt drawn to what appeared to be a straightforward way of navigating the tech pool. I expected many other educators would agree.  A google search did not disappoint me; the structure seemed to be appealing to many educators. This paper and the ideas presented within in it had me thinking about ways I could include similar activities within my teaching practice, particularly as the students have 1:1 devices. One that resonated with me was the concept of sending messages with definitions at particular times to further facilitate the learning of terminology. While my initial impression was one of excitement and a conviction that this was model for me, further reading and analysis began to create questions and concerns in my mind.

The first concern I had was connected to the push to reach the top two levels. When examining some of the examples given for the top tier as illustrated in Figure 2 above, I began to wonder about the practicality and functionality of this model.  Augmented reality tasks? With what equipment? What training? Software?  Other concerns arose while reading through the Hamilton et al. (2016) paper. While the overall concept and the levels of learning seem straightforward, the image below was included in their paper to show that there are many different interpretations of SAMR and many different illustrations for visualizing how this concept works. Suddenly this model became more complex. 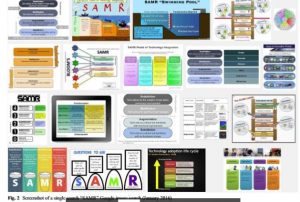 The authors argue that the variety of understandings may lead to misinterpretation. For example, they discuss Brubakers (2013) model of “ SAMR, [where] the four levels represent different types of coffee-based drinks (e.g., black coffee [Substitution]; latte [Augmentation]; caramelmacchiato [Modification]; and, pumpkin spice [redefinition]”. While they argue that the variety of understandings of SAMR may lead to confusion and misunderstandings, a google search of “ SAMR in the classroom” led me to multiple pages that all shared the same information about SAMR. While they state that the multiple modes is a negative aspect of SAMR, based on the google search and subsequent readings, I disagree as all of the models represented bore the same four levels with discussion of how to integrate technology and what each level looked like. As most teachers do not have open access to journals connected to SAMR, they likely get their information from the internet; the search I conducted resulted in a number of similar finds. 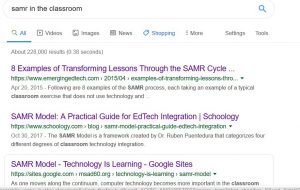 A few other concerns that were brought up in the Hamilton et al ( 2016) paper caught my attention. One mentioned previously is connected to the hierarchy of the model and the push to move to the top two levels. This is concerning as rather than integrating technology to increase learning or to extend and create new learning, the push to create learning in the top two levels may lead to a singular focus on the technology. They note that, ” In the SAMR model the emphasis remains on the levels of technology use teachers should align themselves with in order to move themselves along the hierarchical continuum of SAMR. This minimizes the more important focus on using technology in ways that emphasize shifting pedagogy or classroom practices to enhance teaching and learning”.  The biggest concern I had after reading this paper was the issue of context. The authors note that,

” the SAMR model includes no accommodation for context. As a result, important contextual components, such as technology infrastructure and resources, community buy-in and support, individual and collective student needs, and teacher knowledge and support for using technology are not recognized.”

Now unconvinced that SAMR would be the best model, I began to examine TPACK.  The paper, “What is Technological Pedagogical Content Knowledge” (Koehler, M. & Mishra, P. 2009), along with the Hamilton et al. (2016) paper shed some light on the workings of this model.  My initial reaction to TPACK was, what? and how?  As I began to wrap my head around this simple, yet incredibly complex model, I found myself drawn to its underlying principles. The interconnected and overlapping circles of technology, pedagogy and content knowledge made sense to me. The image presented below clearly illustrates the components of this model (Koelher et al. 2009). 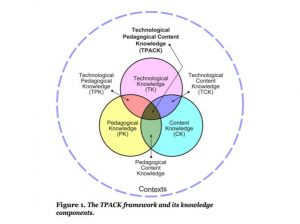 One important inclusion within this model that was not included within the SAMR model is context. The model shows that the three components overlapping within context. The authors state that,

“ TPACK is the basis of effective teaching with technology, requiring an understanding of the representation of concepts using technologies; pedagogical techniques that use technologies in constructive ways to teach content; knowledge of what makes concepts difficult or easy to learn and how technology can help redress some of the problems that students face; knowledge of students’ prior knowledge and theories of epistemology; and knowledge of how technologies can be used to build on existing knowledge to develop new epistemologies or strengthen old ones.”

The authors go on to discuss the method of using TPACK and clarify that it is a method that is ever changing based on the classroom.  While TPACK does not appear to have the same defined structure as SAMR, it does contain all of the components I believe are essential for effective teaching. It may be argued that the addition of context to SAMR would resolve one of the key issues of this model. In fact Hamilton et al .(2016), noted this when they stated, “this could include adding context as a formal aspect of the framework, as is the case in the TPACK framework”. However, even with the addition of context, the SAMR model still contains some concerning elements. “Moreover, [TPACK] allows teachers, researchers, and teacher educators to move beyond oversimplified approaches that treat technology as an “add-on” instead to focus again, and in a more ecological way, upon the connections among technology, content, and pedagogy as they play out in classroom contexts.”. ” ( Kohler et al., 2009)

At this point, my preference is likely quite clear.  I was initially drawn to SAMR. The nice illustrations and what appeared to be clear cut applications pulled me in whereas the fuzziness and dynamic appearance of TPACK felt intimidating, like trying to find my way through a maze with a plethora of options. After further readings, a little googling and some further contemplation, I began to see the potential possibilities of using TPACK as a framework and the limitations of SAMR.  However, while I prefer TPACK as a whole over SAMR, I still believe SAMR to be useful and believe that a combination of the two with TPACK as the guiding structure, would be most beneficial.  Now, armed with a flotation device and a map, I look around, ready to explore the depths; excited to see what lies below.