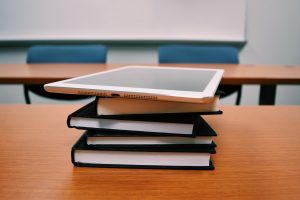 Image by Wokandapix from Pixabay

Many topics are debated within the education sphere; one that has been questioned for decades is connected to the use of technology in the classroom. Educators, parents, students and school districts all have viewpoints on: if, how much, when and what type of media should be used in education. Historically, two of the loudest debaters of this topic are arguably Richard E. Clark and Robert B. Kozma.  Clark first published “Reconsidering Research on Learning from Media”  in 1983.  About 10 years later, in 1994, Kozma published “ Will Media Influence Learning? Reframing the debate”  . A rebuttal paper, “Media will Never influence learning”  was published by Clark the same year, in the same publication.  The very date on the papers they published may be enough for anyone to disregard them as a whole, for what relevance could paper’s published in 1983 and 1994 have in 2019? In fact, were you to examine the references included to support the claims, one would see that the dates ranged from 1968-1983 (Clark) and from 1957-1994 (Kozma).  The vast changes in technology from these time periods to the current day is considerable and one might question if they are valid at all anymore due to the inclusion of data that is two to four decades old. One may also question if the points they are arguing are even relevant for today’s educational purposes and vision for student success.

After a read through of the 1994 Clark paper, “Media will never influence Learning”  and the 1994 Kozma paper, “ Will Media Influence Learning? Reframing the Debate” ,  I found, surprisingly, that I agreed with some of the points made by both authors. Clark’s point that “part of the difficulty, in my view, is that we tend to encourage students (and faculty) to begin with educational and instructional solutions and search for problems that can be solved by them” may still be commonplace with educators today.  Rather, as educators, perhaps we should be looking to see what the problems are and them look for the best ways to solve them. The needs of the students may best be served by first determining what the objective is (what do I want my student to learn? What skills to I want them to acquire?) and then determining what would be the best solutions, the best instructional strategies to use to solve them. These solutions may involve technology OR they may not. Clark makes another interesting point when he states, “only the use of adequate instructional methods will influence learning”.  I think you would be hard- pressed to find a teacher that did not support the idea that instructional methods influence learning. Today, however those “adequate instructional methods” may include technology.  For some students, the ability to receive instant feedback, to collaborate online, to manipulate an object on a screen, to have text enlarged or converted to speech may be a component of the teachers “adequate instruction”. Clark also states, “however, if learning occurs as a result of exposure to any media, the learning is caused by the instructional method embedded in the media presentation”.  I would agree with this statement in part, although for current times I would extend media presentation to include interactive forms of media as well. I wonder here about the learning that may take place as the result of using media as some skills taught through media could not be replicated with teacher instruction. One example of this is given in the paper,  “The Clark-Kozma debate in the 21st Century”(2010) when Becker says, “there are lessons that simply can not be done without the use of modern technology. It is hard to imagine the space program succeeding without the help of the simulators they used for training.”  Another example more commonly used in the classroom may be when students collaborate through a google doc. The media does not have any instructional method embedded in it; however, students learn how to use the technology and how to collaborate on a topic. Students who do not always have a voice when asked to collaborate orally are suddenly able to share and participate in a meaningful way. Perhaps Clark would argue that the teacher still directs and instructs the learning and therefore, it is the instructional method that leads to learning. While I made some connections to Clark’s paper, and agree with some of the points he is arguing, it seems to me that the arguments as a whole are based on an outdated education system and rudimentary technologies that are so drastically different from today that they cannot be compared to the current education system and its students.

Clark’s primary opponent, Kozma, also shares points in his paper that I would agree with, although the technology examined in the study again is obsolete in comparison to the available technologies now. Kozma makes a few important points when he says in response to Clark’s 1983 publication, “missing in these studies are any mentalist notions or descriptions of the cognitive, affective, or social processes by which learning occurs”. This point is important as we have come to understand that these processes are an important part of learning. This also makes me wonder what Clark defines as “learning”. Kozma makes another point I agree with when he says, “However as we have come to understand, learning is not the receptive response to instructions delivery. Rather learning is an active, constructive, cognitive and social process.” Kozma, responded to Clark’s claims by stating, “If there is no relationship between media and learning it may be because we have not yet made one.” Clearly Kozma believes that there is a relationship between the two and that it does impact learning. Kozma goes on to say that “Perhaps we should ask, what are the actual and potential relationships between media and learning? Can we describe and understand those relationships?”

A connected study I examined in a previous post, does just this. The study, “Pervasive Learning and Technology Usage for Creativity Development in Education” (Shubina & Kulakli, 2019)  looked at pervasive learning, the benefits of creativity and the use of technology to foster and develop creativity in students by reviewing and analyzing relevant literature. The focus question was: “How [a]technology-pervasive learning environment can enhance stimulation and development of creativity among students.” What the authors concluded was that the research examined showed that there was a, “strong relationship between technology use and creativity enhancement through reinforcing students’ intrinsic motivation, self- regulation, curiosity, self efficacy and knowledge exchange”. A skill like creativity, a 21st century skill considered to be important for student to learn, would likely not have been on the list of skills educators would have taught to students during the time of Clark and Kozma’s debate.

I think it would be hard to argue that media holds no use in education and I also think it would be hard to argue that we should go back to lectures and notetaking. The world we live in today and the jobs of the future demand that education provide a base understanding of these technologies so that students are able to successfully navigate and enter into adulthood. It can also be argued the use of technology helps to foster the development of 21st century soft skills. The media argument therefore may be not about whether we should use technology but rather perhaps how much should we use it, what kind/types and with what purpose. Teachers may notice that the use of media helps students to grasp a concept sooner, or helps student who are struggling to understand, to understand. Teacher’s may notice that the use of media gives quiet students a voice or engages them in a topic. I posit that it would be hard for an educator today to argue that technology has no impact on learning.  In, “The Clark-Kosma debate in the 21st Century” Becker (2010) stated, “We all know it is possible to make do with nothing but lectures and textbooks, but we acknowledge the importance of creating a learning environment that actively engages the learner in the task at hand”. I agree.

The conflict between Clark and Kozma is not new as other researchers have had opposing viewpoints on topics. I did find it interesting how Clark and Kosma very explicitly defended their points and broke down the others points.  This does lead me to wonder how or if their personal biases about the topic influenced their research.  Sometimes we only see what we want to see, particularly if we have longstanding beliefs about something. As a researcher, it is important to be aware of these biases as they can unknowingly influence our work. In fact, according to Becker, Clark’s  recent article on serious games (2007), “contains numerous misapprehensions and errors which do more to undermine Clark’s credibility as a qualified critic than they do to support his claims. He again rehashes his ‘vehicle’ analogy and he continues to use largely outdated and selectively biased sources to support his claims”.  As a reader, one may then question if Clark’s work has any validity and in turn this may lead to more support for Kozma’s argument.  I would argue that taking this position when finding conflicting research may lead to the disregard of valid data and theories as often there may be truths that can be pulled from two opposing papers.  Viewing each piece critically and pulling information from both may lead to a more complete picture. Or after viewing both and collecting additional research, a conclusion one way or the other may be reached.  As a final note,  when it comes to educational research, as educators, we also have our own experiences and feedback from the work we do in the classroom that may provide insights into a given topic.

This debate and the questions surrounding technology and education will continue to persist; however, there can be no question that technology is a necessary part of todays educational system and that it is here to stay. Rather than debating from a Tech or no Tech standpoint, the relevant debates and questions for the current educational system should focus on the time, place, purpose and type of technology that best meets the needs of todays students. 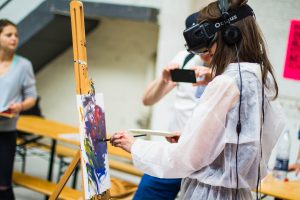 Photo by Billetto Editorial on Unsplash

2 thoughts on “To Tech or Not To Tech….Is that the Question?”